The Cycle 23 peer review was held remotely June 21-30 2021. The topical panels met for the first week (June 21-25) and the Big Project Panel the following week (June 28-30). This is the second remote review for the CXC and we used the same conferencing software and set-up as last year. The review went very well from a CXC perspective. I’m also pleased to report that the reviewers also felt that the review went well. In a post-review survey, 94% of respondents reported that their overall experience was good, very good or excellent.

Last year we asked our reviewers whether they preferred remote or face-to-face (f2f) meetings and if they were more likely to accept an invitation to a remote review than a f2f review. We asked the same questions this year.

Would a remote peer review make you more or less likely to accept an invitation?

Perhaps unsurprisingly after 18 months of remote meetings, the popularity of f2f reviews may have increased slightly – there is a shift from “No Preference” to “Prefer in Person”. The percentage of reviewers who prefer remote has not changed significantly. Despite this (small) shift in the popularity of f2f reviews, a large majority of people are either more likely to accept an invitation to an in person review or have no preference (80% of people in those two bins).

Cycle 23 was notable for being the first Chandra Dual Anonymous Peer Review (DAPR). In a DAPR, the proposers (as usual) do not know the identity of the reviewers, but in addition the reviewers do not know the identity of the proposers. Proposers are asked to “anonymize” their text such that clues to the identity of the proposing team are removed. Overall the process went well: other NASA missions and programs have held Dual Anonymous reviews and as a result many of our proposers and reviewers were at least somewhat familiar with the process. Several proposals were flagged as having insufficiently anonymized text, however most of these violations were minor and clearly mistakes. One proposal was rejected as being non-compliant. The post review survey shows that 96% of reviewers rated the DAPR experience as good, very good or excellent.

Cycle 23 proposal statistics can be found in Figures 1-4 and more complete statistics are available at the CXC website.

Cycle 23 included a call for Very Large Proposals (VLP), a category requiring > 1 Ms of observing time. The total amount of time allocated in Cycle 23 was 17.0 Ms including 3 Ms to 8 approved LPs and 2.1 Ms to an approved VLP.

PIs of proposals with US collaborators were invited to submit Cost Proposals, due in Sept 2021 at SAO. Each project was allocated a budget based on the details of the observing program (see Section 10 of the Call for Proposals). Awards were made at the allocated or requested budget levels, whichever was lower. 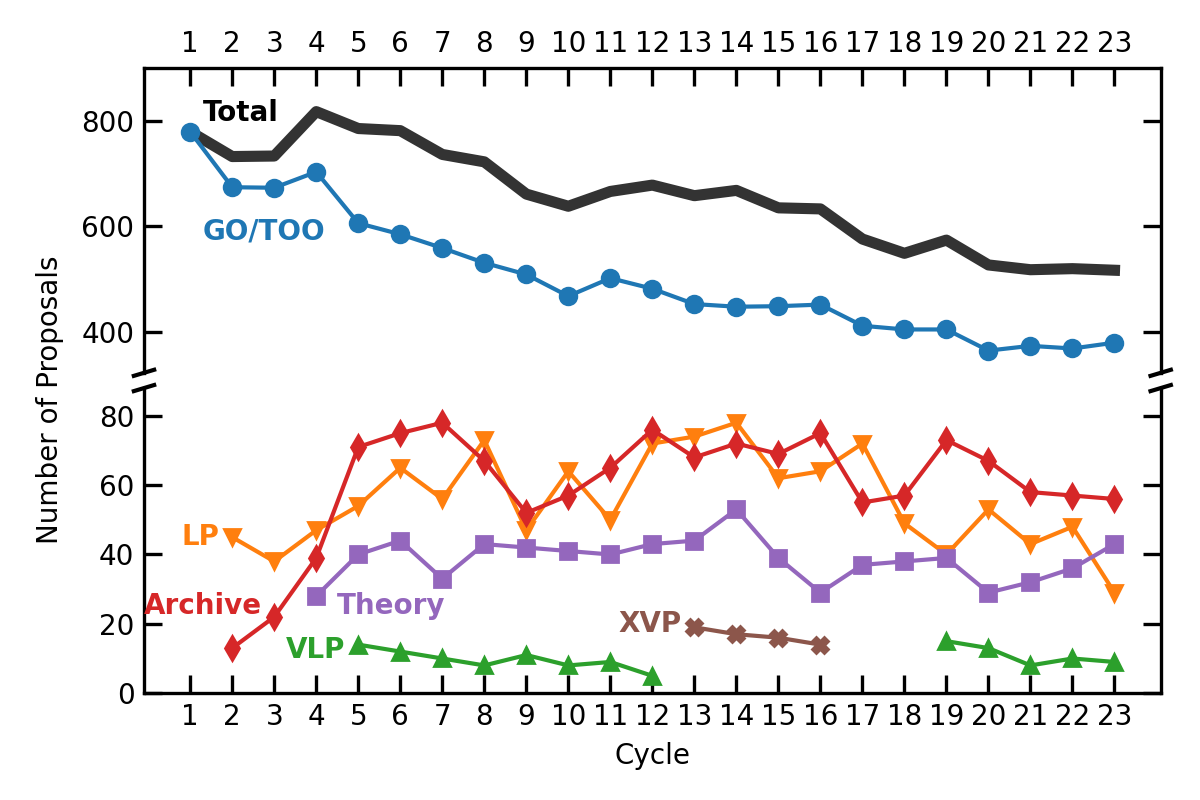 Figure 1: The number of proposals submitted in each proposal category (e.g., GO, LP, Archive etc.) as a function of cycle. The y-axis is broken to indicate the entire range. Since more proposal categories have become available in each cycle, the number classified as GO has decreased as others increased. 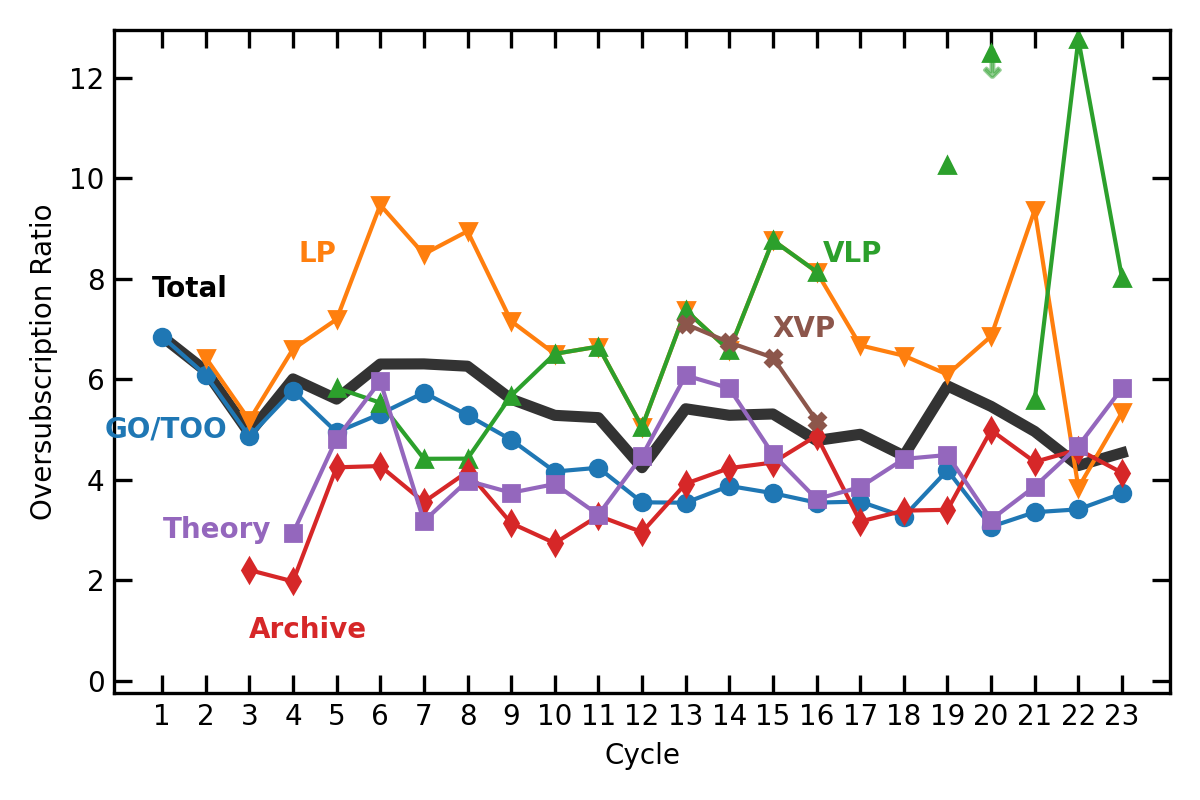 Figure 2: The effective oversubscription ratio in terms of observing time for each proposal category as a function of cycle. Total oversubscription ratio is shown as the black solid line. Note that some of the fluctuations are due to small number statistics (e.g., Theory proposals). In Cycle 20, none of the submitted VLP proposals were selected by the peer review. 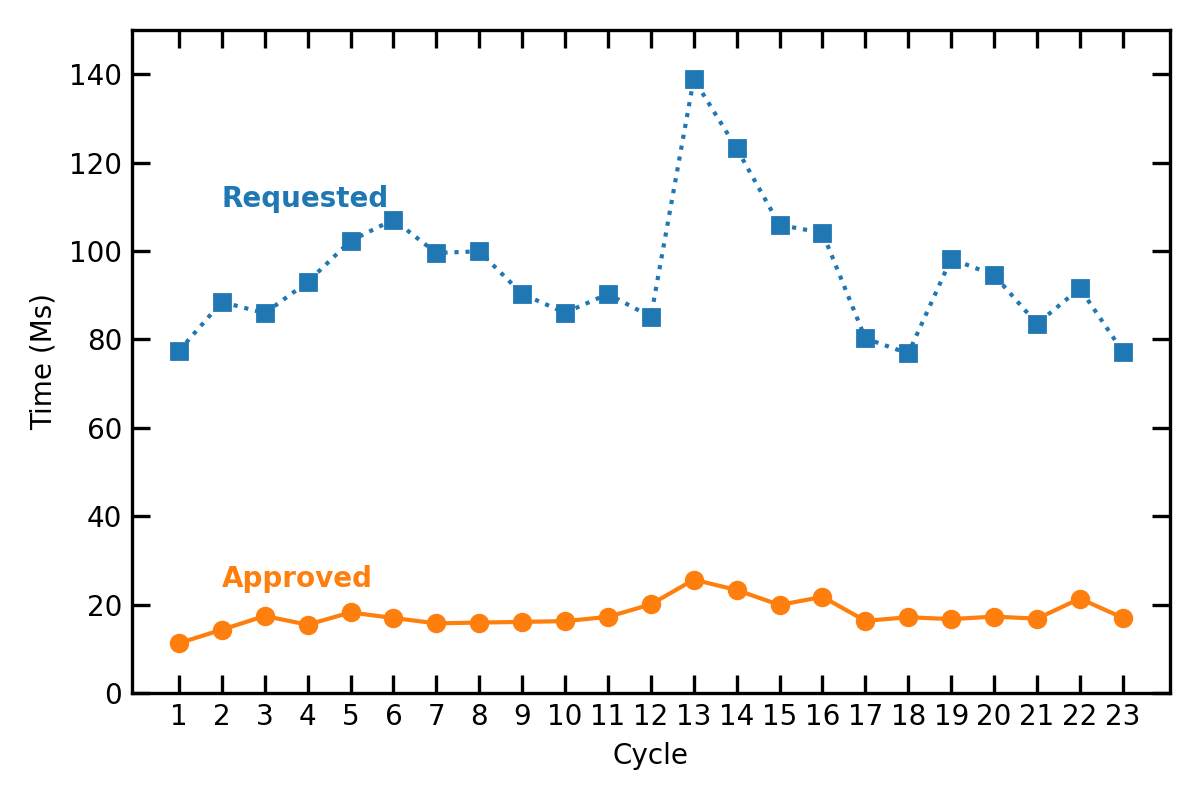 Figure 3: The requested and approved time as a function of cycle in ks including allowance for the probability of triggering each TOO. The available time increased over the first three cycles, and in Cycle 5 with the introduction of Very Large Projects (VLPs). The subsequent increase in time to be awarded due to the increasing observing efficiency and the corresponding increase in requested time in response to the calls for X-ray Visionary Projects (XVPs) in Cycles 13-16 is clear. 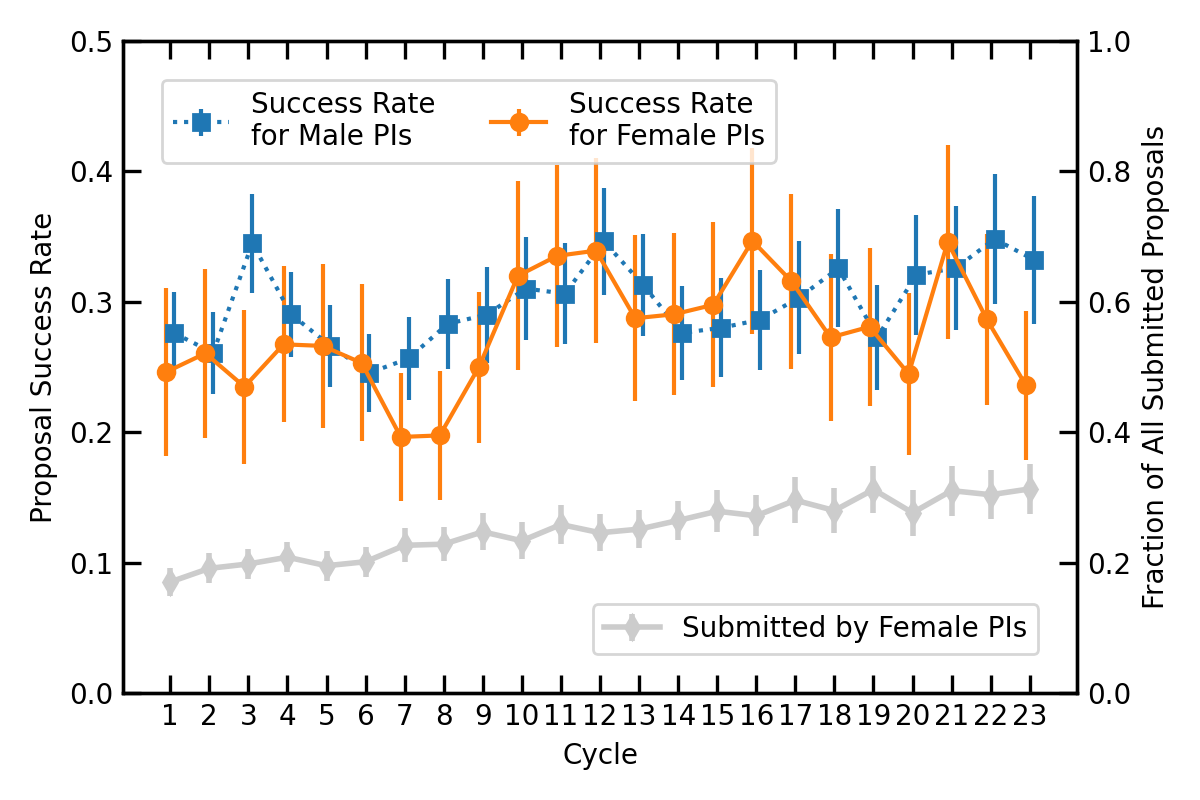 Figure 4: The success rate of male (orange) and female (green) PIs as a function of cycle, and the overall fraction of female PIs (grey). Since Cycle 10, the success rate for female and male PIs has been statistically indistinguishable.

More statistics including targets and exposure awarded per instrument and science topics, selected joint programs, and proposer PI countries are available at http://cxc.harvard.edu/target_lists/cycle23/.